Let us go to the second lifetime in the same civilization…female, male, I see you workng side by side. I see you as healers and you work with people in remote regions where they can’t get access to healers easily like little villages, things like that. You especially work with children. You have a child of your own who travels with you and she has a large dog that is like a second child. You and your Twin grew up together, you were neighbors and you always knew you belonged to one another. There was never any question.

I definitely feel the pillars, the same beacons of light and those definitely still affecting you. I would say that this is farther along, maybe a couple of hundred years after the first lifetime so the civilization has perhaps been built up more or maybe it is expanded more and that is why the need for health care in these more remote regions. And we are also looking at the opportunity for you to spend a lot of time together so your dream in coming together in this lifetime was to train to be healers, I am waiting to hear the word physician and I am not so more like a nurse practitioner, I am told.

So you know you have a medical background and there is also healing arts involved like Reiki, energetic hands on healing but also energy transfer, clearing, herbs, these sorts of things. So a very natural approach to healthcare, to healing but it is also emotional, too, I am being told. Emotional brings in release of old wounds, emotional pain. Like a shaman. So you have these characteristics, both of you do. Also I feel that you went through a period of training together to do this work and it was done at a village and you were able to do it together.

This bonded you even more so. You already had a natural draw to one another, you already had the inner knowing that this would be your partner in life, and to complement that, you knew that you both wanted to work in the same field, to be healers. And then you were both drawn to this particular training and this allowed you to do this training together where you essentially had to go through a period of let’s say, cleansing and the removal of anything that may have blocked you from being able to be a healer. 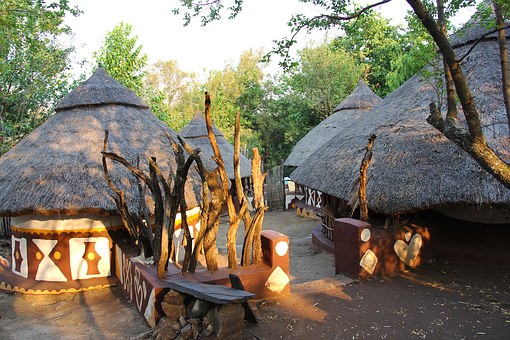 Kind of think of it as you were a conduit and that conduit then had to be made clear so that you could pass on the healing energy, the healing light, to receive the information to know what herbs that you were guided to give to a patient so it is very important that you went through that training process and yet, on the personal side, it allowed for the two of you to come together that much more as a couple. And this was not easy training, there were times, I feel, that both of you thought about giving up, it was a long haul – it took a large amount of time, perhaps a number of years even and there was a lot to learn and initially, a lot to clear even though you are living in a time and civilization where there is a higher frequency.

The level of healer and let us say, the level of light that you would be accessing as a healer meant that you had to go through more ascension. So then, the training was in part very indigenous based and in part, science, part psychological, and then part spiritual and it lasted, I hear, about three years. There were others in your group, it wasn’t just the two of you but many did leave. So what I feel is that there was a more traditional path that you could have taken and the ones that did leave just decided that they would do that instead but it was far easier.

But the ones who stayed including yourself and your Twin, really went through a massive transformation. You were learning the indigenous practices, rituals, whatever was common knowledge, let us say, passed on for generations but then on top of that, you were learning the sciences – what had been invented, what people had been able to understand over the years and all this meticulous research and that sort of thing. And then, the psychological aspects – going beyond the physical body, going into the psyche, into the emotional body and not only working with that but understanding that and understanding how to bring it into balance.

Through these two previous modalities, the spiritual aspects would be the final step and that was about really cleansing and allowing for there to be an ascension of sorts so that you are able to access higher levels of understanding. And I feel like, when you were going through this process of training, that you were able to do most of it, if not all of it a little more swiftly than your Twin and at times, he felt frustrated about that, he felt like he was falling behind you and the other people in your group and he really had to face, for a time, leaving but you were able to get him to stay and he was glad for it because he was able to complete the training and get through it all and understand it all.

So it was a hard time for you both because you really thought he was going to leave and you had to decide if he left whether you were going to go with him and stay with him or if you were going to remain and pick your training and stick with that decision to go through that field. So it was a really difficult time for you. Ultimately what you had decided was that you would go with him even though it would really break your heart that you wouldn’t be able to finish this training, you wanted to be able to work with him and if this wasn’t the work he was able to do, then you didn’t want to do it either. But fortunately he came around and just decided that he could do it and would stay and he was able to do that.

So compare that to the world today, it would probably be frowned upon. You have to really look at the bond and understand it with new eyes, new heart, to understand this civilization, because the soul was so integrated there wasn’t this feeling of doubt or this feeling of uncertainty. It was really like you two were merged into one being and so wherever he needed to go, you would go with him or wherever you needed to go, he would go with you … that kind of beautiful, beautiful balance. It is hard to understand in today’s terms, giving up your path for someone else, not entirely hard, people do that but there is a lot that comes with it, the baggage, we can say.

And in these times, sure, there was hesitation on your part because you really felt your heart and soul was in this work but if he couldn’t align with it then it just simply was not what you wanted. So this second lifetime that we are looking at is really surrounded around this work even to the extent that when you have a child, the child travels with you to the remote villages. So this is just a lifetime of passion and dedication to one another but also to people and to healing. And I am going to include animals because I feel like he works with animals. So it is interesting in both lives, he was a healer for animals. That is just something that really resonated with him in this lifetime and the lifetimes we just looked at.

Let us see if there is any final guidance for this second lifetime…your love together was very pure. Like one being, never doubted, very, very high energy. I would say that it is even more so than the first lifetime we saw because in the first life you were very close but you had different professions and that really pulled you into different focuses at times. The second life, I feel like on a soul level you just said, “let us do it all the same and let us see how that works.”

So we have this cohesion that wasn’t present in the first life but it is interesting because both lives have that beautiful higher frequency that you were able to benefit from. So the Twin Flame bond shines in both lives but specially the second life because I just feel this…almost like it vibrates the love between you. It is something that is almost palpable that you could feel if you walk into a room and the two of you are looking at each other.

So it is just this beautiful bright light and I want you to hold that if you could in your heart as we say goodbye to these past lives and give thanks to the guides that brought them forward. Thank you! Thank you! What a wonderful journey! But please hold that because it is still there even though we are in a different place, that beautiful love still exists and if you integrate it into your heart, it will help you to remember it. 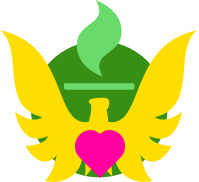